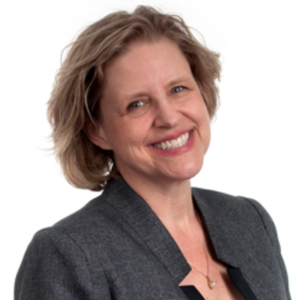 West Michigan native Julie Hoogland’s three-decade career in journalism took her to California and Vermont before she came home to culminate her work as editor of MLive and The Grand Rapids Press from 2012 through 2016. As Press editor, among her many roles was spearheading attention to women’s issues. We first met Julie in 2014 when she oversaw coverage of our centennial program on the 1914 take-over of the Grand Rapids Press . “Oversaw” is right! She switched out the 2014 masthead for the 1914, a first in the newspaper world as far as we know! And that was just the start—the very next year she championed the cause of honoring Pearl Kendrick and Grace Eldering with more front-page news about women—and an editorial calling for their inclusion in the Community Legends project! During the 1930s, Kendrick and Eldering, with laboratory assistant Loney Clinton Gordon, had developed the first successful vaccine for whooping cough in Grand Rapids. When in 2019 Julie’s editorial support had resulted in the unveiling of a Legends statue of the three women, Julie was again instrumental by leading GGRWHC efforts to shed new light on their work, winkling out a broader race history in their lab, and tracking down surviving relatives so they could attend the ceremony.