On April 6, 1914, Laurel L. Kosten ran unsuccessfully for a seat on the Grand Rapids Board of Education. While she technically ran as a nonpartisan candidate, she was publicly supported by local labor organizations. Election returns reported the next day put her in fourth place with 5,774 votes—a respectable result but not enough to win.

Laurel L. Kosten was born on June 25, 1884, in Grand Rapids, Michigan. She married her husband Edward in 1900 and by 1913 she had involved herself in the local women’s club scene. In 1913, she was elected recording secretary of the Grand Rapids Equal Opportunity Club, a women’s club affiliated with the Grand Rapids Socialist Party. Kosten was also a member of the Socialist Study Club and was among the three speakers who presented when Grand Rapids socialists observed “Women’s Day” in 1914, a program dedicated to contemporary women’s issues organized by Grand Rapids socialists. Topics included suffrage, child labor, shorter hours for women, and prohibition. Kosten elaborated on the suffrage theme in 1915 with a paper entitled “What Will I Do With the Ballot When I Get It,” which she presented at an Equal Opportunity Club meeting. 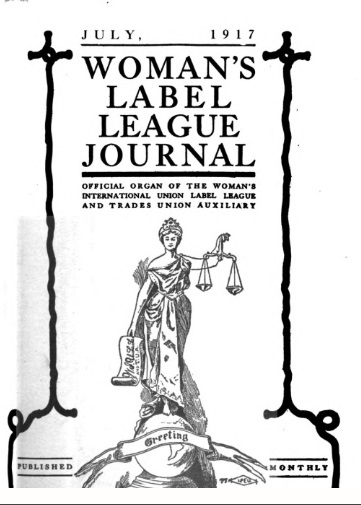 Kosten’s views on labor found a professional outlet via the Women’s Label League and the Michigan State Federation of Labor. With the League’s sponsorship, she traveled across the state building awareness and establishing new League chapters. Kosten worked for the Michigan State Federation of Labor as a professional organizer. This work brought her to Muskegon in 1915 and Flint in 1916. Kosten gained national recognition for her efforts in the pages of the Women’s Label League Journal, where her methods in Michigan were celebrated as models for establishing new league chapters. An official list of the cities in which she set up leagues is not available, but the July 1917 Women’s Label League Journal suggests that through her efforts “leagues have been organized in practically all of the cities of any size in that state [Michigan], excepting Detroit, where she found it impossible to create an interest.” At a 1916 meeting in Michigan, Kosten discussed the working conditions facing child laborers and called on female consumers to favor union shops and factories that refused to use child labor.

Kosten continued her advocacy work well into the twentieth century. In the late 1930s, she worked as the Michigan State Inspector of Labor, in which capacity she inspected factories and mobilized public support for improved working conditions. She often focused her efforts specifically on women, advocating for “girl strikers” at a Grand Haven factory in 1937 and describing to a Y.W.C.A. audience the “unbelievable” conditions facing female workers and the “evil” practice of making women work 90 hours a week.

The 1930s was also the decade in which Kosten reinvigorated her political career. In 1934, the Farmer-Labor Party nominated her as a candidate for the U.S. Congress in the Fifth Congressional District. Although she won only .2 percent of the vote, she did use her campaign to highlight labor issues.

Kosten stayed active in political affairs after her congressional run. In 1940, she was elected a delegate to the Michigan Democratic Convention. And in the early 1940s, she served as vice-chair of the Kent County Democratic Committee.

Laurel L. Kosten died on November 21, 1968, in Grand Rapids, Michigan. She never added school board member or congresswoman to her list of accomplishments, but she did leave an important legacy in Grand Rapids and Michigan as a fierce advocate for labor reform and improved working conditions for women.

“Claims Workers Must Organize to Get Justice: State Labor Inspector Attacks Conditions for Women Employees in Talk Before Industrial Girls at Y.W.C.A.”