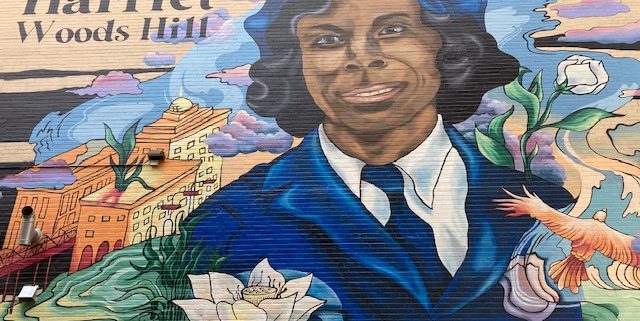 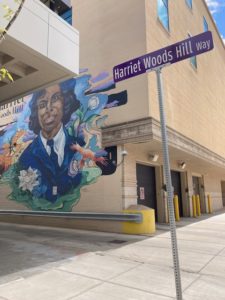 Join the Downtown Grand Rapids Inc., the Greater Grand Rapids Women’s History Council, the City of Grand Rapids, Lions & Rabbits and numerous community partners in a celebration of the Women’s Way Murals. Every Wednesday in September we will be holding a ribbon cutting to feature each completed Women’s Way Mural in downtown Grand Rapids. Along with the ribbon cutting these events will also include local artist performances, a video on the background of the women of the murals, and time to mingle with food and drinks!

On Wednesday, September 1st from 7pm to 8pm we will be celebrating the Harriet Woods Hill mural located in the alley of the Grand Rapids Police Department:

Harriet Woods Hill in 1955 became the first African American female officer in the Grand Rapids Police Department. Her career began in the Juvenile Division, and she later trained new recruits about the challenges faced by children. Hill, in 1977, was named the first female detective in the department’s 106-year history. “I came there to do a job, and I wasn’t going to allow [anyone] to force me to quit working because [of their] prejudices,” she said. “Once the door was opened, I never allowed it to become closed.”

“Harriet Woods-Hill was resilient and humble. Symbolism flows through this piece as waves pay ode to Harriet’s hometown leading to the old-time Grand Rapids cityscape. Lotus flowers symbolize her growth out of muddy waters, all the while soaring above.” – Statement by Mural Artist Jasmine Bruce.

The initiative also boldly endeavors to acknowledge the complicated history of women in alleyways and help claim positive ownership of these spaces.