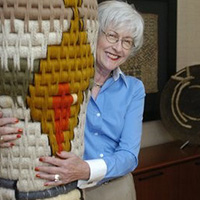 GGRWHC founder Twink Frey has led her life as a catalyst. In the late 1980s when she found virtually nothing in Grand Rapids histories and archives about female community builders, she identified area women interested in the systematic research necessary to document the lives and to credit the contributions of Grand Rapids women who played major roles developing the region. In 1988 a GGRWHC steering committee of six quickly grew into an incorporated board. By November 1989 the young group was hosting a conference on women’s history. The GGRWHC is not the only organization founded by or given a boost by the generous Twink Frey. Closest to her heart was Nokomis. Begun in 1989, a year after GGRWHC, Nokomis Foundation began providing seed money for myriad organizations and projects that created stronger voices for women and girls. For 25 years it funded visiting social activists at the University of Michigan, nurse examiner programs in Western Michigan, and empowerment workshops for adolescent girls. After awarding $20 million to over 200 organizations, Nokomis Foundation closed its doors in 2014. At the end it endowed two institutions with major grants enabling their continuing advocacy for systemic change. The Michigan League for Public Policy and the National Women’s Law Center continue the fight for women’s rights on behalf of marginalized women and their families.