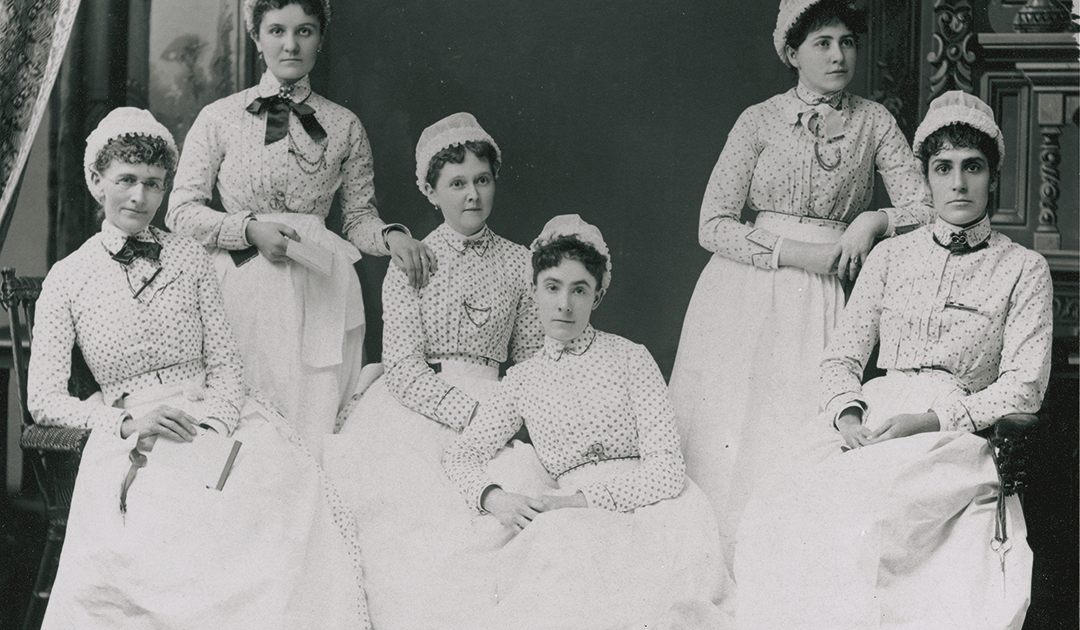 Join us on Thursday, October 10, 2019 at 7:00pm at the Grand Rapids Public Library where Julia Bouwkamp will present From Managerial Void to the Medical Mile: The Evolving Roles of Women and the Enduring Presence of History.

Known for its thriving medical institutions, Grand Rapids today soars above its past, having forgotten whole chapters of an early medical history where government played virtually no role in providing civil services. Early “managerial voids” were commonly filled by the efforts of voluntary associations–associations most often led by women.

On October 10th,  Bouwkamp will unfold the history of Grand Rapids medical institutions growing out of the efforts of hard-working, charitable nineteenth-century women. Early women citizens are rarely heralded as community builders, and Bouwkamp will reveal a story often obscured by sentimentalized assumptions that women were not seriously involved in “public” works, even in the organization of institutions that cared for the sick, the elderly, and orphaned children.

In fact, these early citizens impacted our community to a remarkable degree. Fleshing out the specific history of women founders of early Grand Rapids medical institutions, Bouwkamp will reveal a pattern where they were pushed from the centers of organizations they had created into the more feminine realm of nursing–where once again their hard work and creativity revolutionized a struggling profession by “raising standards and giving scientific value to the business of being a woman.”

Balancing benevolence and business sense, they understood that the “intelligent saints” in the caring professions should be honored for their skills and with a living wage.

Upon U.S. entry into World War I in 1917, a nursing shortage loomed. A prominent local advocate of health public reform, Minnie Cumnock Blodgett, proposed an intensive training camp at her alma mater Vassar College, where the theoretical education of nurses could be undertaken outside a hospital setting. Bouwkamp will elaborate the long-term national effect of this successful experiment from the summer of 1918 on the nation’s nursing education and the betterment of the nursing profession. 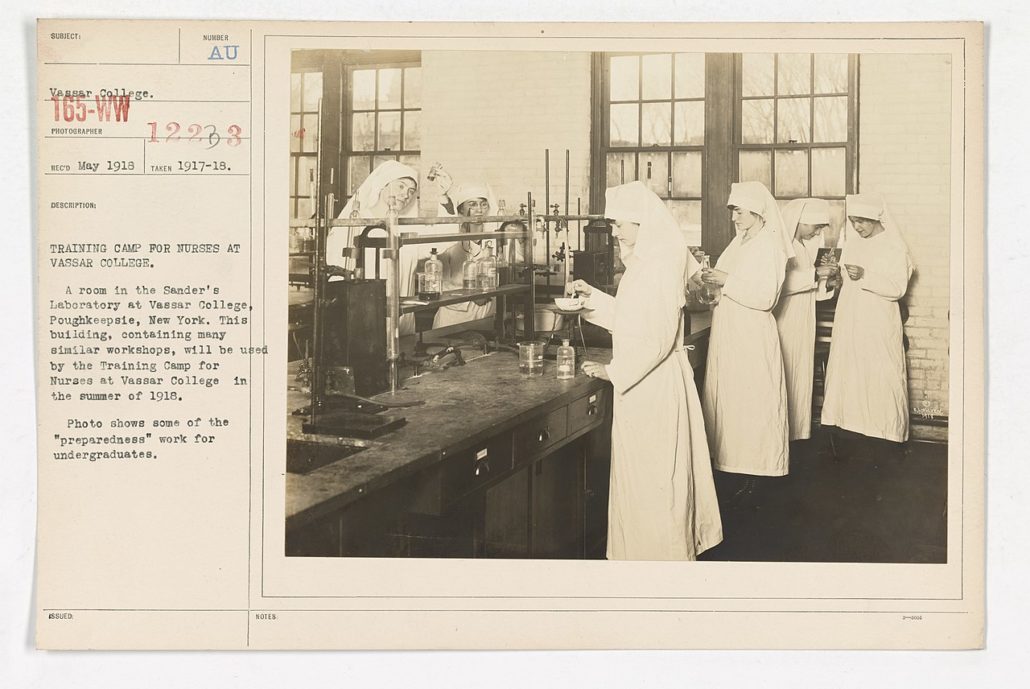 Julia Bouwkamp has put her degree in history from Calvin College to work ever since her graduation in 2015. She has worked as a historical interpreter at Fort Michilimackinac in Mackinaw City, for AmeriCorps VISTA in historic preservation, and as a researcher, speaker, and archivist with the Greater Grand Rapids Women’s History Council and Froebel USA. Besides having recently finished curating a digital exhibit on women’s suffrage for the GGRWHC, she has published entries on local historical women in Women’s Lifestyle Magazine and a substantive article on Dutch women during World War I in Origins, Calvin College’s historical magazine. Bouwkamp is currently applying to graduate programs in material culture and public history.

During 2019 the Greater Grand Rapids Women’s History Council celebrated over thirty years of recruiting and training researchers, encouraging donations to local archives, distributing bibliographies on area women’s history, digitizing materials for broader dissemination, and developing creative programming to spread information about the early accomplishments of female scientists, politicians, journalists, even reformed courtesans. Six years ago at a quarter century, it took stock and published a brief summary history, which you can find on its website:  https://www.ggrwhc.org/our-history

In January 2020 the GGRWHC will launch a year’s celebration of the certification of the Nineteenth Amendment, culminating on August 26th at St. Cecilia Society, the site in 1899 of the only meeting in Michigan of the National American Woman Suffrage Association.