Before and Beyond the Bricks and Mortar:
The 1908 Blodgett Home for Children and the Programs It Has Housed

On Wednesday, March 29, members of the Greater Grand Rapids Women’s History Council walked through the Corinthian columns of the most significant building in Fairmount Square for GGRWHC’s celebration of Women’s History Month 2017. A reception and brief annual meeting preceded a program honoring nineteenth-century women who organized the children’s programs behind the 1908 construction of the D. A. Blodgett Home for Children—currently the ICCF and the host building for the meeting. New board members, Michelle DeRose and Melissa Fox were welcomed.

Beginning with the identification of the needs of orphaned children in 1887, Cindy Laug presented an early history of nineteenth-century children’s aid groups into the twentieth century. In 1908 the Children’s Home Society moved into the building we know on Cherry Street, courtesy of Delos Blodgett.
Diana Barrett shared the story of the Mary Free Bed Guild which used a portion of the building for the rehabilitation of children during the polio epidemic of the 1940s and mid-’50s. By 1948, Mary Free Bed owned the entire buiilding and remained there until it moved to its present site in 1976.  As the need for its use declined, the building fell into disrepair and demolition was recommended. The building was restored by the ICCF in 2006.

A series of photos were shown of the space in which the GGRWHC meeting was held as it had appeared when filled with children in wheel chairs, resting on rolling beds, wearing braces and celebrating holidays and birthdays. Diana followed the history of the space through its decline and into its current and outstanding restoration.

Appropriately, the GGRWHC event offered an opportunity to toast the recent 125th anniversary of the Mary Free Bed Guild. It was represented by Julie Ridenour, former chair of the Guild. The Guild’s founding and current members were inducted into the Michigan Women’s Hall of Fame in 2016. 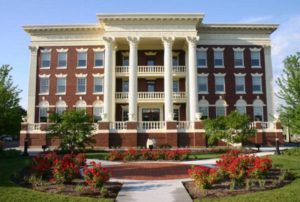 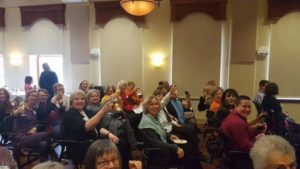 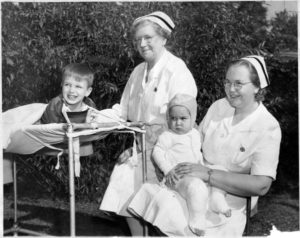 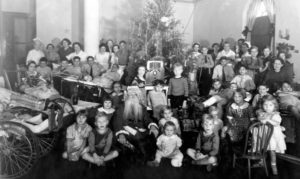