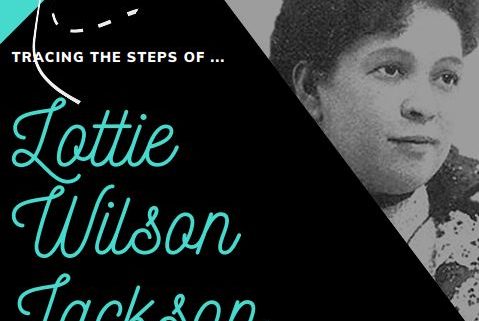 Lottie Wilson Jackson (1854-1914) was a well-known artist, activist, and self-made African American woman who defied difficult odds during the Progressive Era. Along with her eye-opening portraits of famous Black Americans, this talented artist became one of America’s prominent Black suffragists. During the National American Woman Suffrage Association (NAWSA) convention in 1899 at St. Cecilia Music Society in Grand Rapids, the delegate Jackson challenged NAWSA to condemn the treatment of Black women in the South. Her resolution was addressed and tabled by Susan B. Anthony herself. Join us to learn more about Lottie’s journey. 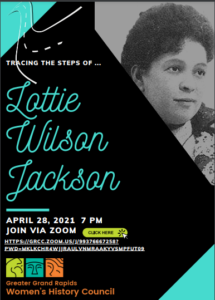 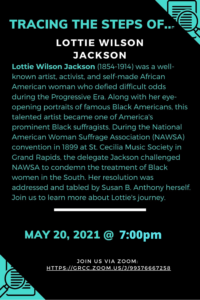 Sophia Ward Brewer has worked in libraries for over thirty years and is currently a librarian at Grand Rapids Community College. She also serves as an elected director of the Grand Rapids Public Library board and as recent co-president of the Greater Grand Rapids Women’s History Council. Sophia loves to research and is a regular historical columnist in the Grand Rapids Times and Women’s Lifestyle Magazine.