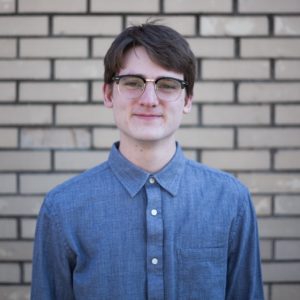 Gabe LaGrand is a graduating senior in history at Calvin University, with minors in philosophy and German. Throughout his time at Calvin, Gabe enjoyed multiple women- and gender-focused courses starting with Kristin DuMez’s Women and Gender in U.S. History. From former board member Kristin, he first learned about GGRWHC. Then, supervised by Kate van Liere, he began work in early 2020 as an intern on the Women Who Ran project and began learning more about the group. While Gabe was disappointed that his microfilm scrolling in GRPL’s archive and his official internship were cut short due to the pandemic, he has already begun continuing work on the electoral history project, which will continue during his time on the board. But he is also excited to engage with the organization’s other projects and pursuits. Bottom line, this Grand Rapids native is curious to learn more about his hometown and contribute to its history.