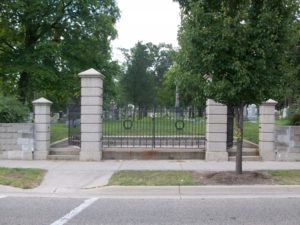 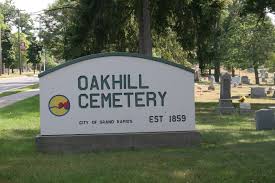 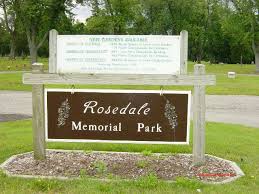 Our 2020 grave-decorating project, Here Lies a Suffragist, expands on the growing tradition of leaving “I Voted” stickers on suffragist gravestones after important elections. Please do make use of these Grand Rapids cemetery tours any time—but especially on the centennial date of the Nineteenth Amendment, Wednesday, August 26th, 2020!

In honor of the local citizens who worked to pass the voting rights amendment, the GGRWHC has selected a dozen suffragist graves in Fulton and Oakhill South cemeteries for recognition. And we tossed in a special tour for leader Emily Burton Ketcham at Rosedale Memorial Park. Read on for directions, but also learn more about the Grand Rapids movement and how its work intersected with statewide and national efforts on Taking Center Stage, our new digital suffrage exhibit!

Here’s the plan for 2020! First, read through our two decorate-a-suffragist-grave tour guides, and choose one woman (or more?!) to honor on Equality Day, August 26th. Then, make a graveside visit on the 26th, perhaps with flowers—even a single stem. We hope to have the sites marked with purple suffrage balloons; then, as a record of your visit, please take a photo — of the decorated gravesite certainly; but including you, if you are willing. Please post it in the comments section of our Facebook post honoring the day! (If you do not use Facebook, please send it to our email address– [email protected]) Last! If you choose to leave any flowers, we will see that the graves are cleaned up later. Thanks~

Over time, we hope to build this page to include suffragists in cemeteries scattered across the city, as we have for the great, early leader, Emily Burton Ketcham, who is buried at Rosedale Memorial Park west of Standale. Still waiting is another African American woman, Ethel Beverly Burgess, who lies in Garfield Park. Cultural historian Constance Rouke (Woodlawn) and labor activist Viva Flaherty (Greenwood) were both in the 1899 Central High Junior Suffrage Club. Educator and suffragist Josephine Ahnefeldt Goss is in a mausoleum at Graceland Memorial Park.

There is also a downside to virtual cemetery tours! During an in-person tour we would discuss the varied ways in which cemeteries are gendered spaces and how the economic status of individuals is generally reflected. Single women occasionally don’t have a marker at all, even though we know where they are buried. And wealthier suffragists will sometimes, though not always, have more elaborate monuments that are situated toward the center of the parklike designs.